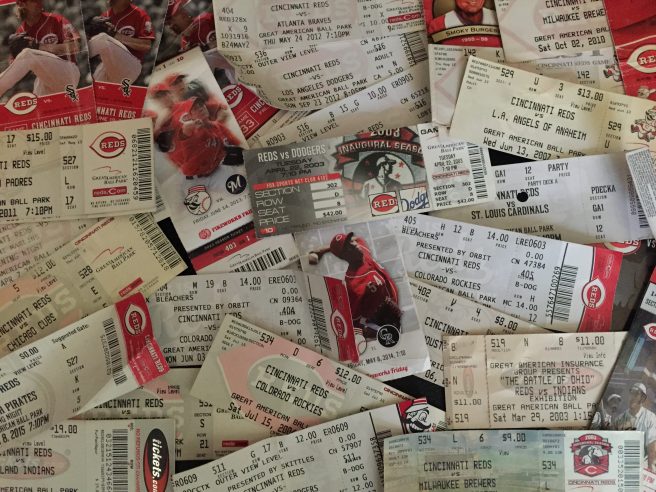 And so, Metro has done a good job preparing many convenient ways that people can pay for their streetcar fare.  I would, however, suggest an additional option:  Metro should partner with the Cincinnati Reds so that game-day Reds tickets count as streetcar day passes.

The benefits behind such an arrangement would be many.  For the Reds:

Benefits for the city and Metro:

The University of Washington has a contract with Seattle Metro that allows stadium tickets to serve as transit passes on the game day. Between 1984 (the year before the program began) and 1997, the share of ticket holders arriving at Husky Stadium by transit increased almost five times (from 4.2 percent to 20.6 percent.)  Including a transit pass in the ticket price is particularity appropriate for any land use where the peak parking demand occurs infrequently, perhaps only a few days each year.  Building enough parking to meet this peak demand is extremely wasteful because additional public transit service can be provided on event days to serve the peak at far lower cost.

This post deals with the Reds, because Cincinnati Streetcar Stop #1 is steps from Great American Ballpark, they have a high number of home games per year, and it’s summertime.  But a similar logic would apply to Bengals games and events at US Bank Arena.

One thought on “Reds Tickets should double as Streetcar Passes”